Hey everybody!  I am coming to you from a winter wonderland in Kentucky.  Since last night we have had over a foot of snow fall here at the house!  It's the most snow we've had this season, and probably since we have lived here in this house.  It is absolutely breathtaking!  So peaceful and and pretty to look at.  I have picked up some more goodies for the Boom Boom Room, and thought I'd share my new mirror with you.  I have the Vanity Girl Hollywood Mirror, which I totally LOVE, but I needed a lighted up-close mirror for eye makeup application.  After doing quite a bit of research I decided to go with the Conair Polished Chrome Touch Control Lighted Makeup Mirror. 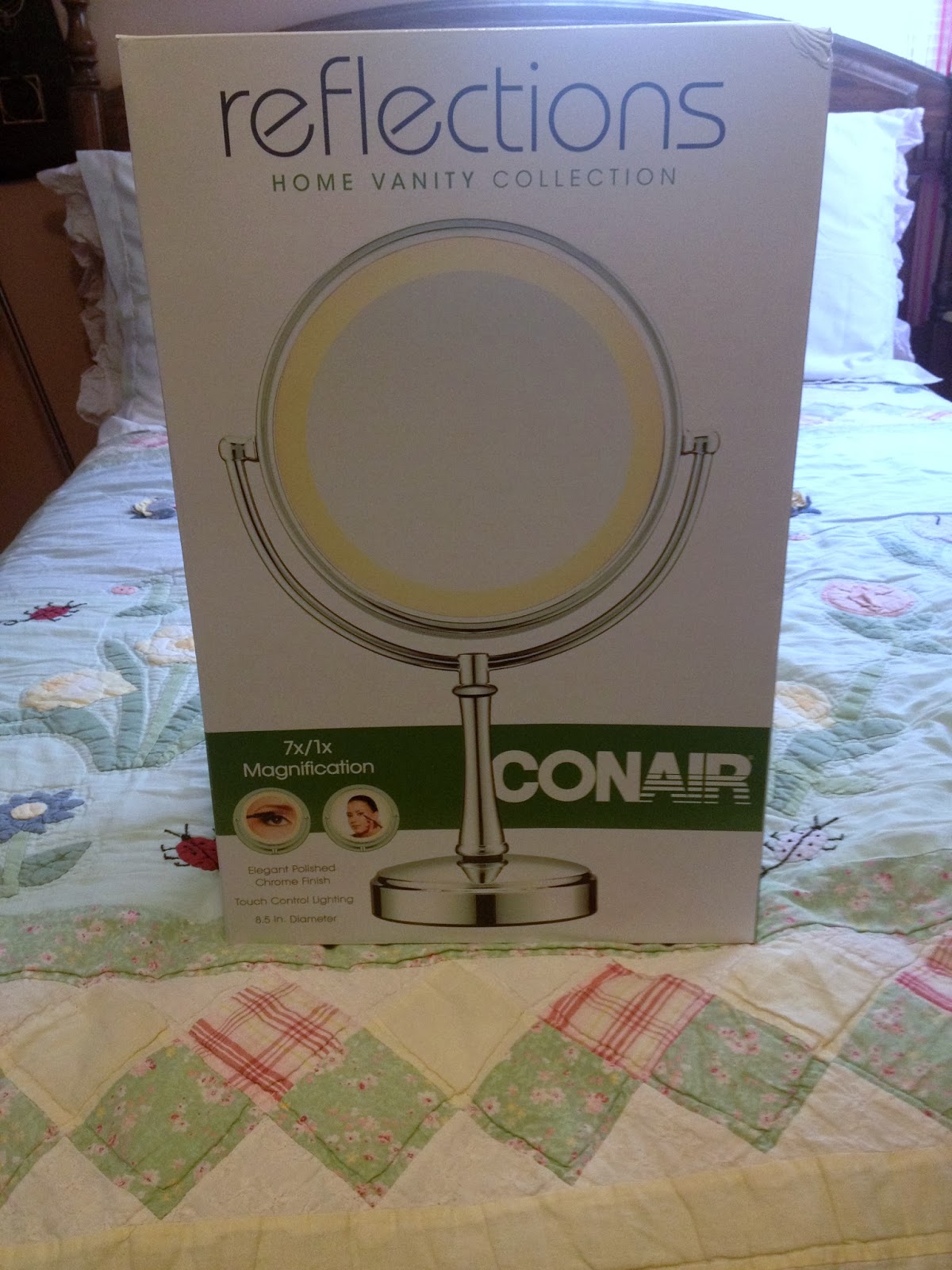 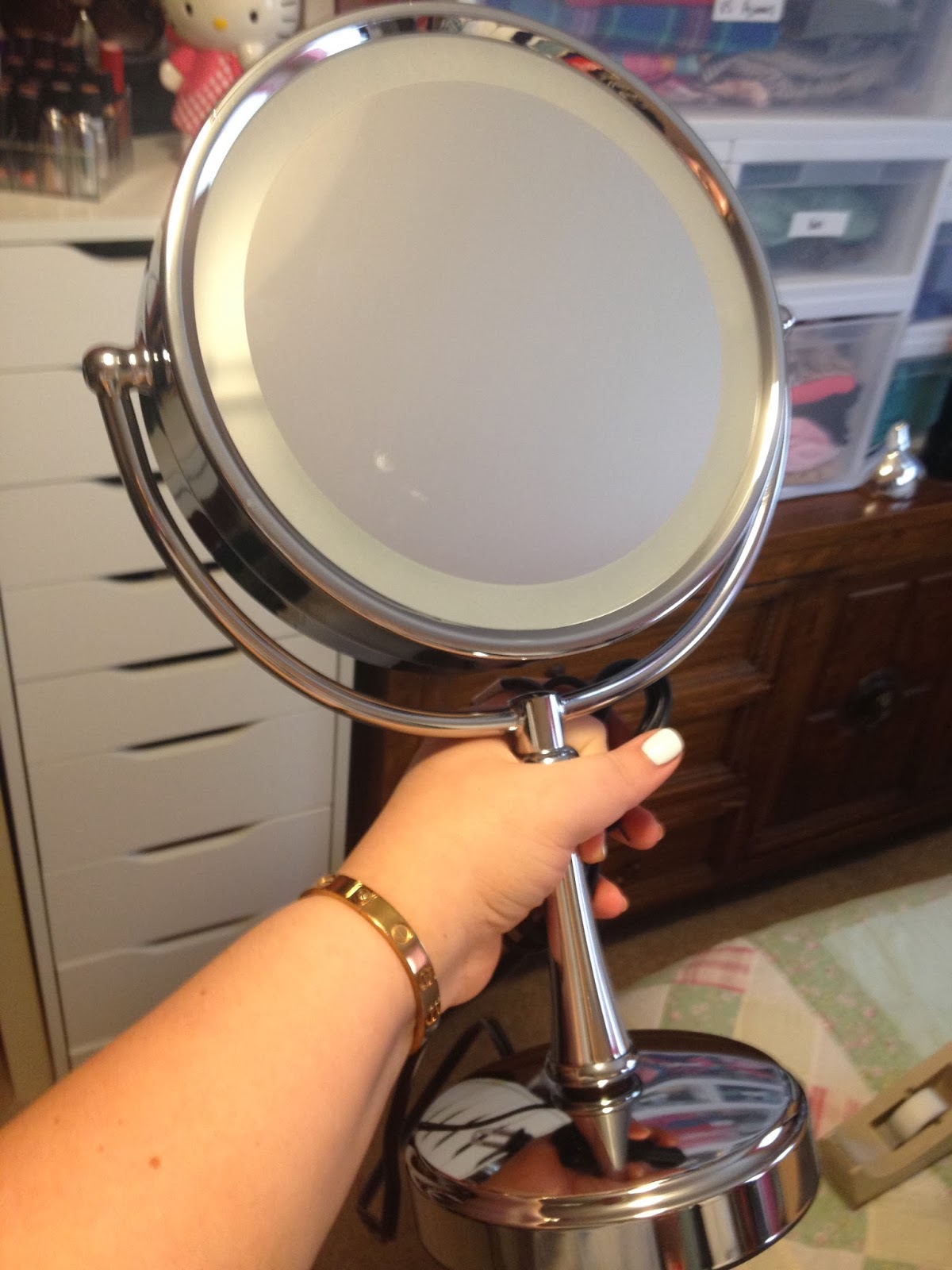 This thing is so big and nice.  I have used several different kinds in various hotels I have stayed at.  This is BY FAR the nicest one I've ever seen. 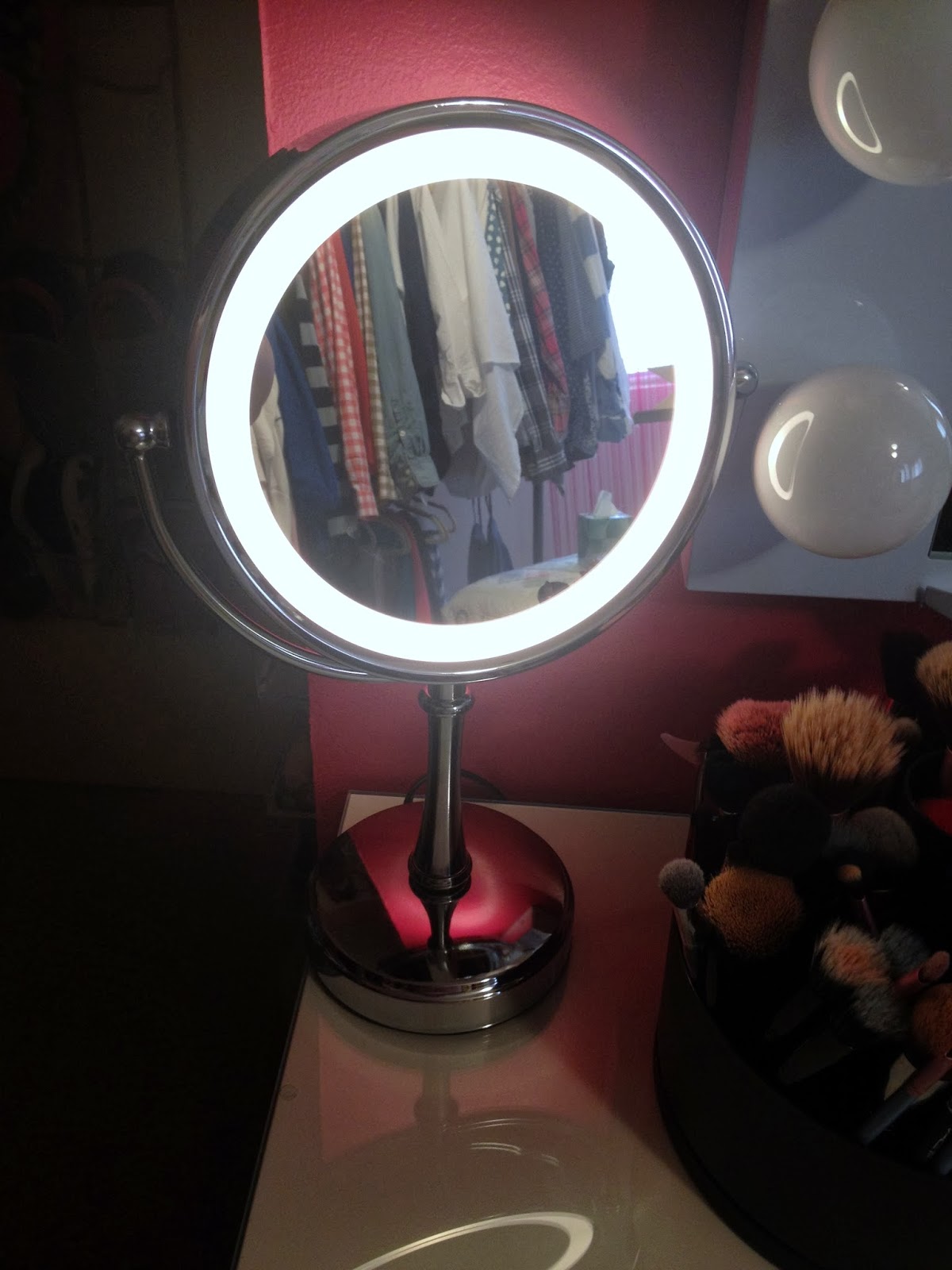 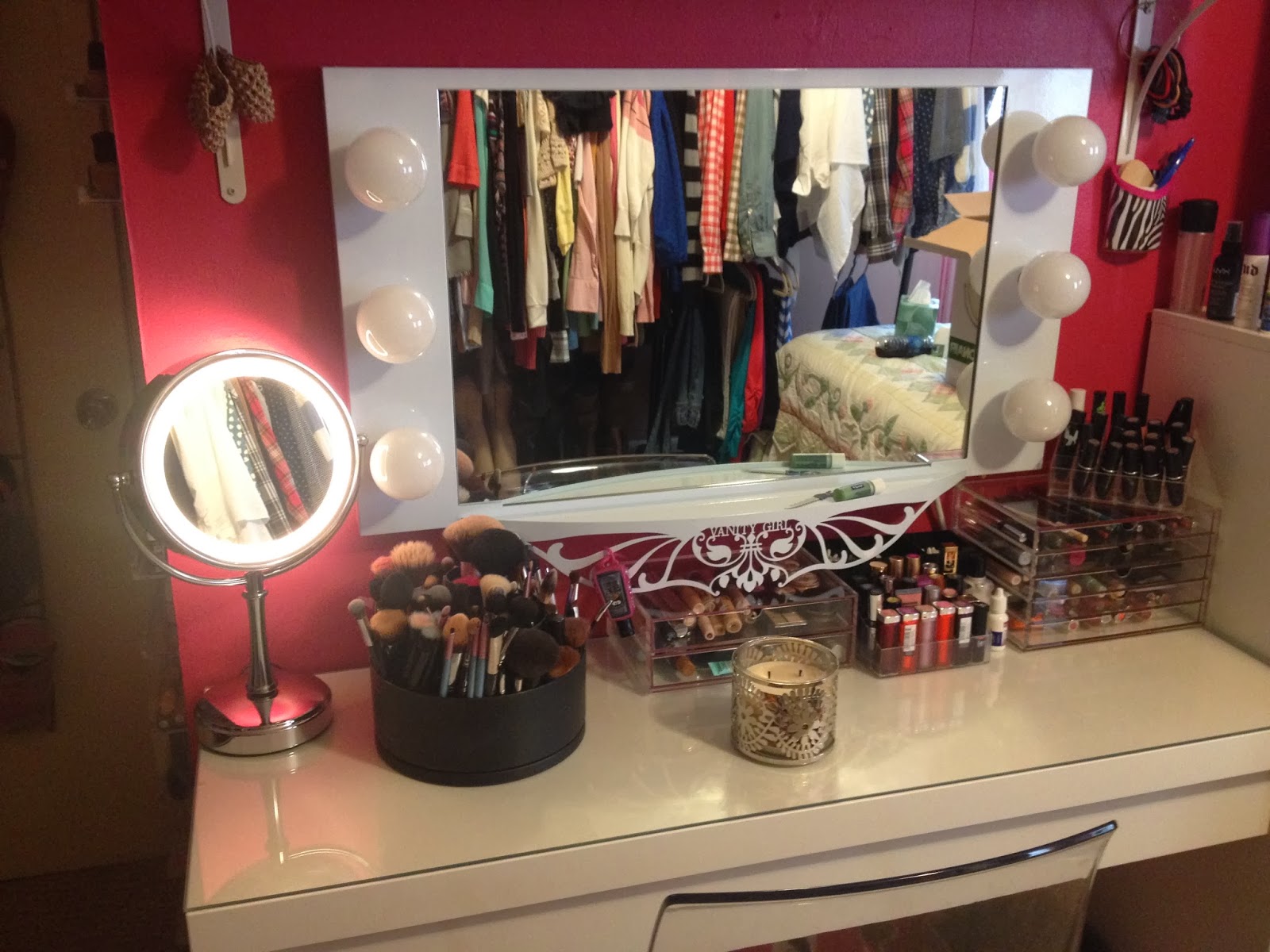 I rearranged all the stuff on my vanity so that I could store my mirror back and out of the way when not in use.  When I need it I can just pull it towards me, and then slide it back when I'm done.  One of the wisest investments I've ever made!  I bought this directly from the Conair website and it was $71.99.  If you are not interested in the touch control light feature, they have several mirrors on their site similar in appearance to this one for about half the price.  I am so happy with this and I know it will come in handy!

Posted by Actually Erica at 3:44 PM